Our community is important to us. As such, we aim to provide a safe environment for all who live, work and play in Clay County. We do this by maintaining order and enforcing the law impartially, and being committed to protecting the lives, property, and rights of all people while demonstrating the highest degree of ethical behavior and professional conduct at all times.

UPDATE: The victim is identified as 44-year-old Eric B. Starr of Excelsior Sprin…

UPDATE: The victim has been identified as 42-year-old Bobby Joe Allen of Gladsto…

Sheriff Will Akin has over 25 years of combined experience in the military and law enforcement. Will served in the United States Army beginning in October 1994, and he was honorably discharged in February 2003. He began his law enforcement career when he attended the Arizona Law Enforcement Academy in April 2003. As a Police Advisor in Afghanistan from 2009 to 2012, Will assessed, monitored, advised, and mentored local police to ensure law and order were maintained effectively and impartially according to the principles of policing. Will worked closely with the Department of Defense, Department of State, United Nations, and his Afghan counterparts to address issues concerning gender and human rights violations and worked toward solutions that were compatible with Afghanistan’s culture.

Sheriff Will Akin joined the Clay County Sheriff’s Office upon his return from Afghanistan in January 2013 and served as commander for a variety of divisions before he was elected sheriff. He took office on January 1, 2021. Originally from California, Will has lived in many states throughout the U.S. as well as South Korea and Afghanistan. He has earned many degrees, including a doctorate in ethical leadership. Will is an active member in the community as well. He serves as the Post Commander for the Liberty Memorial VFW Post #4043, is a member of the American Legion Post #95, and the Liberty Rotary Club #6040. 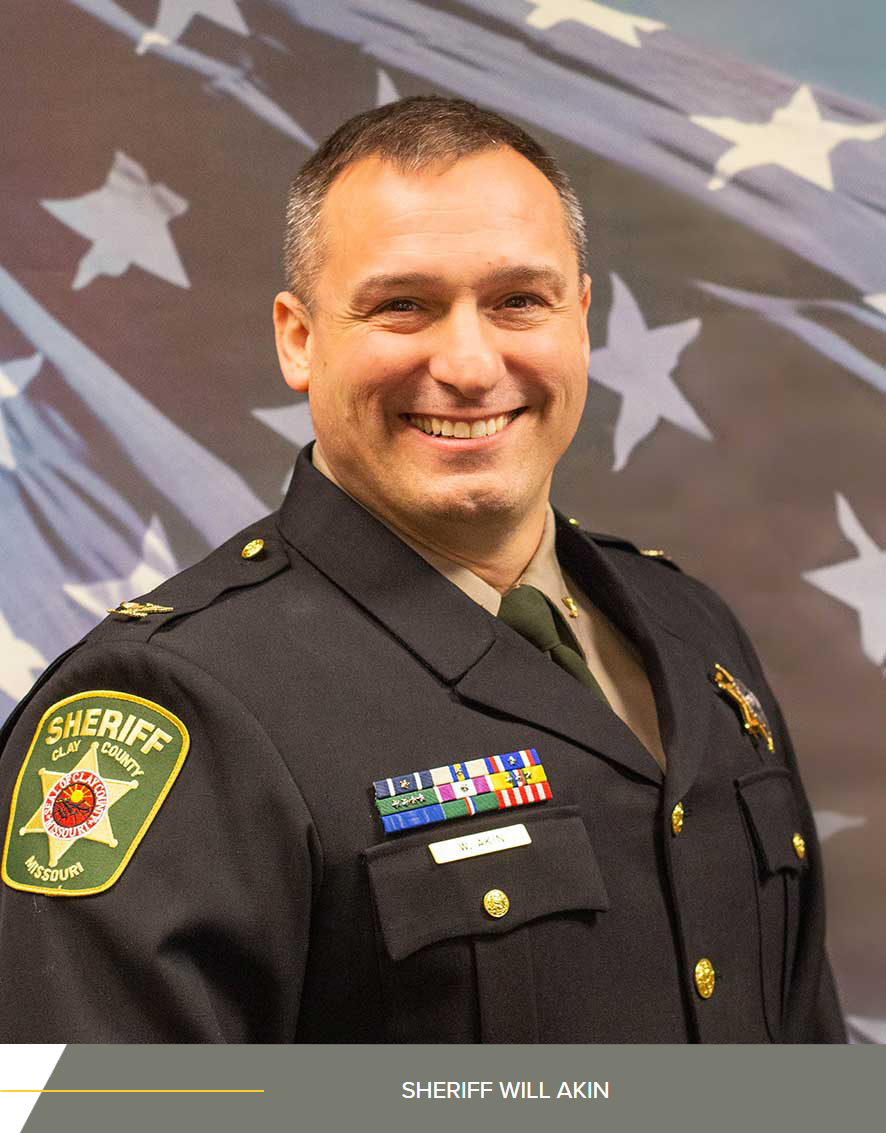 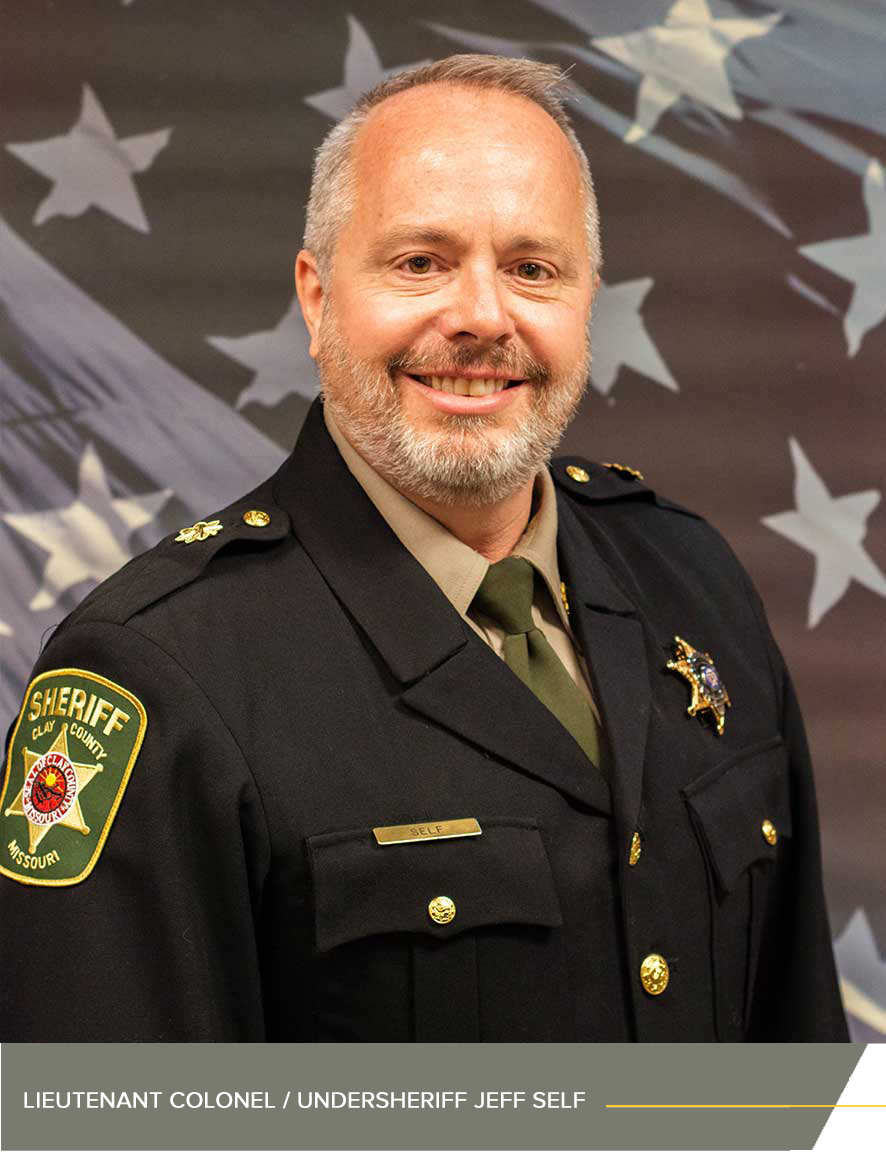 Lieutenant Colonel Jeff Self joined the Clay County Sheriff’s Office in January 2021 as the Undersheriff. Prior to that, Jeff spent 29+ years with the Gladstone Department of Public Safety. His experience there included assignments in patrol, investigations, support services and the tactical team. He obtained the rank of Captain in 2009 and retired at that rank in December of 2020, having commanded each division during his career.

Jeff has a Bachelor’s Degree in Criminal Justice Administration from the University of Central Missouri and a Master’s Degree in Sociology/Criminal Justice from Lincoln University. He also is a graduate of the Missouri Police Chief’s Command College, Doniphan Leadership Institute and FBI National Academy Session 249. He is a board member of the Heartland Tactical Officer’s Association and an active member of the Kansas City Metropolitan Major Case Squad (Metro Squad), where he has directed several investigations.